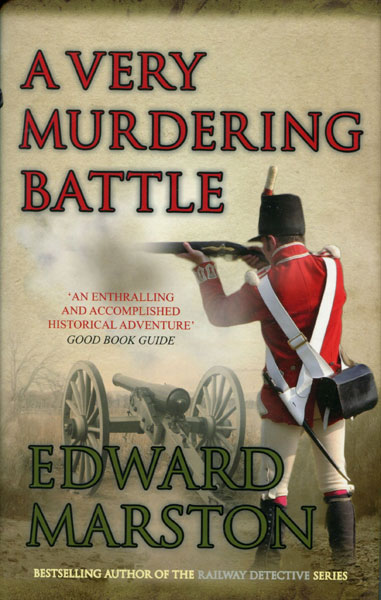 Other works by A.E. MARSTON

First edition. Signed by the author. Fine in fine dust jacket. It is 1709, and Europe is in the midst of the coldest winter for a century. France is suffering profoundly, King Louis XIV is at The Hague, searching for peace with the English on almost any terms. The Duke of Marlborough sends Captain Daniel Rawson on a mission to find a precious tapestry that has to be recovered. The tapestry of the Battle of Ramillies has been stolen, and Daniel's hunt for the ruthless thieves leads him into enemy territory, where he must daily outwit betrayal and kidnap, and risk capture and life itself. All the while, the French army is regaining its strength under the supervision of Marshall Villars, a worthy opponent in the field. As the opposing armies mass in the area around the village of Malplaquet, a bloody encounter looms, which means that if Daniel manages to return safely to the Duke's forces from behind enemy lines, he must then stand fast and fight in their most murdering battle yet.

Assault On The Venture.
DAN SHELTON