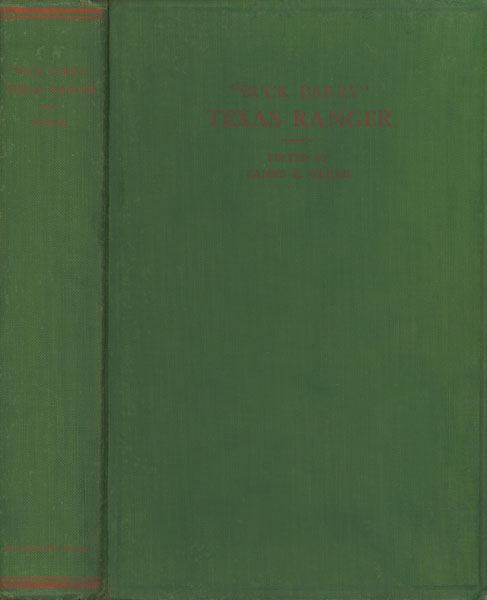 Other works by GREER, JAMES K. .

First edition. 8vo. Original green cloth with red lettering on front cover and spine, light green endpapers, frontispiece, xi [1], 254 pp., foreword, author's preface, maps, illustrated, epilogue, index. "As a Ranger with Hays he met the Mexican, as a sheriff he encountered outlaws, as a frontiers man he fought Indians, as a stockfarmer he was the nemesis of horse thieves, as a ranchman he experienced the annoyance of fence cutting, and as a Texan and southerner he saw four years of the most gruelling, the most undesirable type of military service." Light to moderate foxing stopping at the title page else a very good, tight copy.

Prairie Farming In America. With Notes By The …
JAMES CAIRD