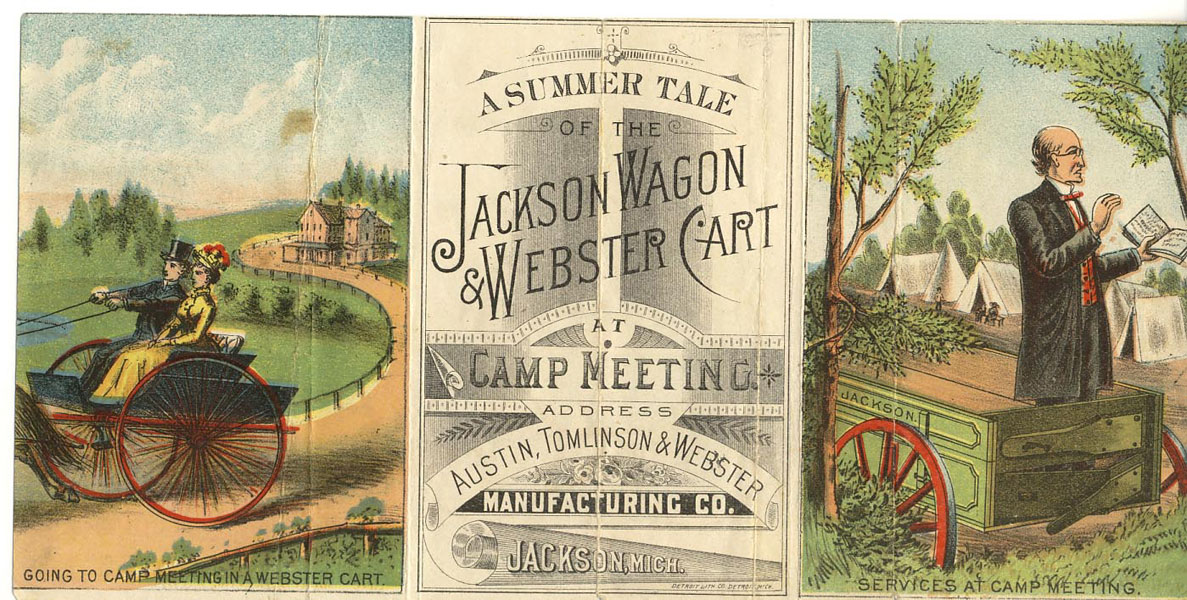 4 1/2" x 9 color sheet folded to 6 panels, in various stages of unfolding depicting going to Camp Meeting in a Webster Cart, services at the meeting with the preacher standing atop a Jackson Wagon, a group needing a can opener, and returning from the meeting in a Jackson Wagon. The Jackson Wagon got its start in 1842 with Joseph E. Beebe at the helm. Kalamazoo businessmen Edward Davis, B.M. Austin and W.A. Tomlinson bought the company in 1852. Edward A. Webster came on after the retirement of Davis in 1856. It soon became the largest wagon manufacturer in the world, with more than 80 free men and 120 prisoners producing more than 5,000 wagons in 1898. The auto industry caused the company to flounder. It merged with Michigan Wagon Manufacturing Co. in 1907 and moved to St. Johns where it eventually went out of business. Worn, extra creasing and with some light chipping. Quite charming!

The Old B.& M. Railroad Ahead, Keep In …
Iowa & Nebraska-Railroad