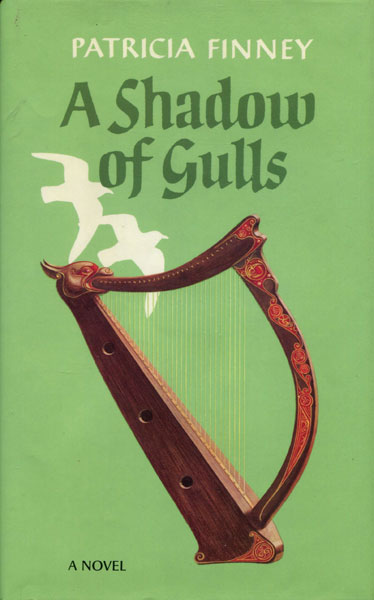 A Shadow Of Gulls.

First edition. Author's first book, Fine in dust jacket. An historical novel set in the second century AD. Author also writes historical mysteries as P. F. Chisholm. Difficult title. When Lugh the Harper, son of a Roman fugitive and an Irish priestess in the second century AD, was driven from Connaught under a curse for having killed the Queen's anointed consort, he seeks refuge at the court of her enemy, the High King of Ulster, and later among the Tuatha de Danaan, the so-called 'fairy folk' who lived in the hollow hills. Many years later he set down his story for the benefit of his honored friend the Emperor Hadrian. It is the story of Cuchulain, Champion of Ulster, and the famous Cattle Raid of Cooley, of Maeve of Connaught and Deirdre of the Sorrows, all narrated by a young man who was witness to the events which his subsequent retelling made famous in smoky halls of a winter's evening, ensuring their immortality. A wonderful read! Winner of the David Higham Award for best first novel of the year 1977.

The King's Bishop.
by Candace. Robb

Bryant & May. Oranges And Lemons
by Christopher Fowler