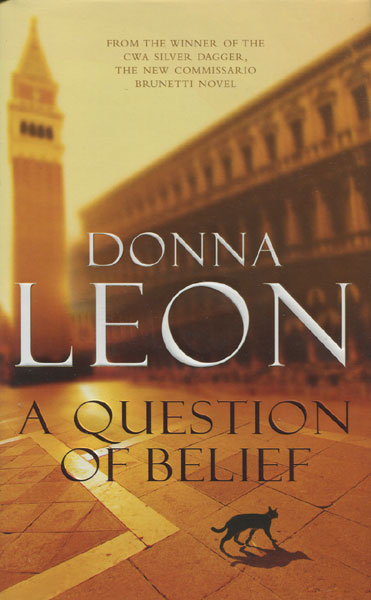 A Question Of Belief.

First edition. Signed by the author. Fine in dust jacket. Ispettore Vianello turns to Commissario Brunetti for help when he discovers that his aunt has become obsessed with horoscopes and has been withdrawing large amounts of money from the family business. Brunetti trails the aunt to the flat of Stefano Gorini. But who is this man? And why is Vianello's aunt giving him large amounts of money? Meanwhile, Brunetti receives a visit from a friend who tells him that discrepancies have been occurring at the Courthouse involving Judge Luisa Coltellini and Araldo Fontana, an usher with a flawless track record. Then news reaches Brunetti that Araldo Fontana has been murdered in a violent attack. Why would someone want a good man dead, and what might his death have to do with the discrepancies at the Courthouse?