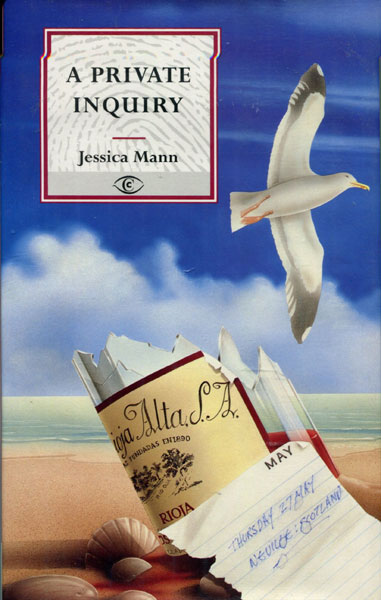 First edition. Fine in dust jacket. Barbara Pomeroy led a busy and active life, traveling the countryside of Cornwall and presiding over hearings as a planning inspector. Barbara's son is cared for by his retired father who had recently befriended Clarissa Trelawny, an attractive but mysterious newcomer to town. Clarissa soon becomes Barbara's son's surrogate mother, showering the boy with presents. But then Clarissa is found brutally murdered. Could Barbara have killed her in a jealous rage? Nominated for the Gold Dagger award as best mystery in the U.K. for 1996.