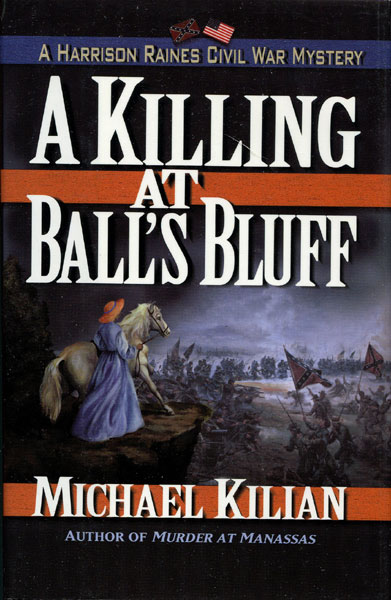 A Killing At Ball's Bluff

Other works by MICHAEL KILIAN

First edition. As new, unread copy in dust jacket . The second book in the Harrison Raines Civil War Mystery series. Abraham Lincoln is a close friend of Colonel Baker, and he orders Raines to guard the colonel on the battlefield. In the chaos of Ball’s Bluff, Colonel Baker refuses to take cover from enemy fire and is cut down by a Confederate riding a white horse. Raines becomes the prime suspect for the murder and must clear his name or risk being a fugitive from both sides of the Civil War.