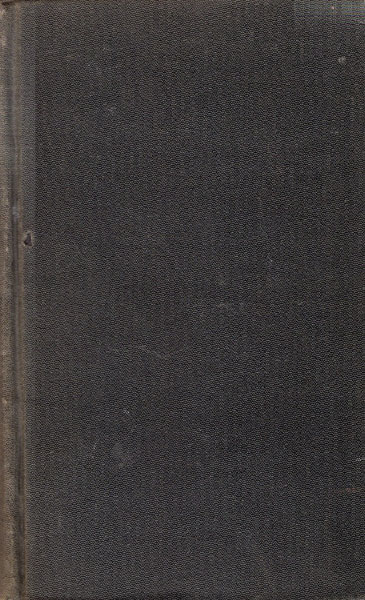 A Journey Through Kansas; With Sketches Of Nebraska: Describing The Country, Climate, Soil, Mineral, Manufacturing, And Other Resources. The Results Of A Tour Made In The Autumn Of 1854.

Other works by REV C. B. AND T. B. MASON BOYNTON

First edition. 8vo. Black cloth, decorated front and rear endpapers, x, 216 pp., frontispiece (map of Kansas and portions of Nebraska. Redrawn from official sources with emendations), Commissioner's preface, preface of the writer. Wagner/Camp 250 says "According to an article by Cora Dolbee in the Kansas Historical Quarterly 20: 115-48, Boynton was the sole author of this book. He wrote as a member of a committee for the American Reform Tract and Book Society, and the Kansas League of Cincinnati. The map is reproduced in Wheat's Transmississippi West as noted above." In September, 1854, a small party was commissioned in Cincinnati to explore and report upon the climate, soil, etc. of Kansas. He talks about the group's preparations, trip from Cincinnati to St. Louis, voyage up the Missouri, places visited along the way, the scenery, town sites and settlements, Fort Riley, Indian fighting, Kaw Indians, homestead and pre-emption law, Indian lands and reservations, hunting on the plains, Nebraska, the importance of Kansas to the U. S., etc. Internally tight and clean and a solid, very good copy.

Letter From The Secretary Of War, Transmitting A …
GEORGE W McCRARY