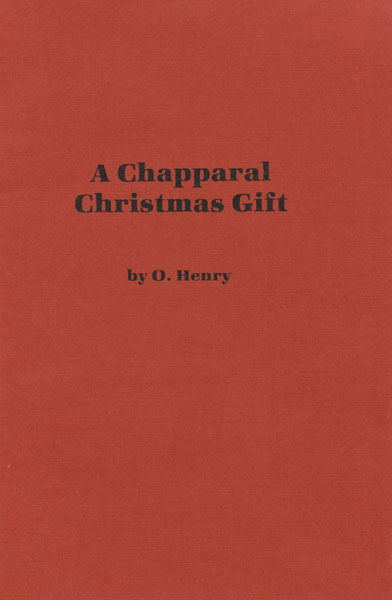 Other works by O. HENRY

First edition thus. 8vo. A Season's Greetings from John and Maureen Jenkins. Stiff wrappers limited to 450 copies. A reprint of an O. Henry story about Texas ranch life which first appeared in 'Ainslee's Magazine' in December, 1903. Written around 1900 when O'Henry was in prison in Columbus, Ohio. Fine copy.

And This Is Fargo, The Metropolis Of North …
Fargo Chamber Of Commerce