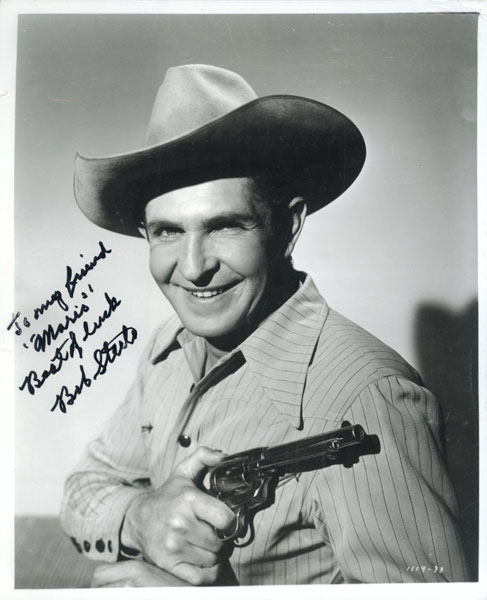 Other works by BOB STEELE

Inscribed, "To my friend - Best of Luck, Bob Steele." Steele has starred in over 190 westerns and appeared in more than 400 movies. Born Robert Bradbury, it was in the 1927 movie "The Mojave Kid" that he first used the name "Bob Steele." His short stature (5' 5") but scrappy nature was one that many young western fans could identify with, and his films became quite popular. At the age of 59, Steele landed the part for which he is best known ... the aging but cantankerous Trooper Duffy, who at the drop of a hat would began reminiscing about his fighting "shoulder to shoulder with Davy Crockett at the Alamo" in the western comedy series "F Troop." Difficult signature. Fine copy.