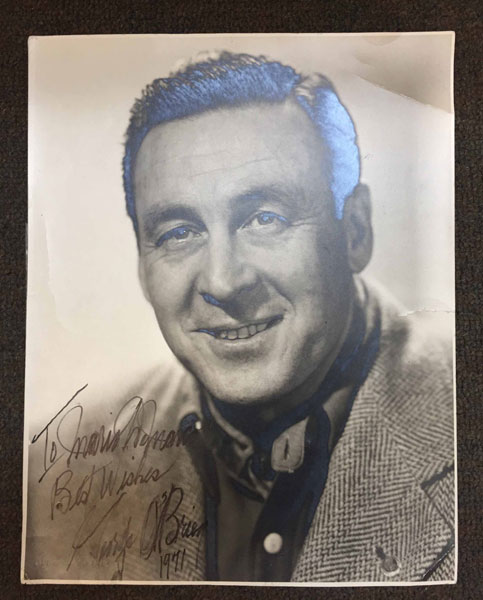 Other works by GEORGE O'BRIEN

Inscribed, "To____, Best Wishes, George O'Brien, 1971." O'Brien starred in The Iron Horse, directed by John Ford in 1924. He was a major star and the only western movie star to appear in three wars; World War I, World War II, and the Korean Conflict. While away in WWII, a young star, Jack Holt, took over in some of the leading roles usually held by O'Brien. The three wars were instrumental in interrupting his film career. Photography lightly worn and reinforced on the reverse side. Scarce.

Memorial Of Citizens Of The Territory Of Dakota, …
J. P KIDDER

Lady In Boomtown. Miners And Manners On The …
MRS HUGH BROWN