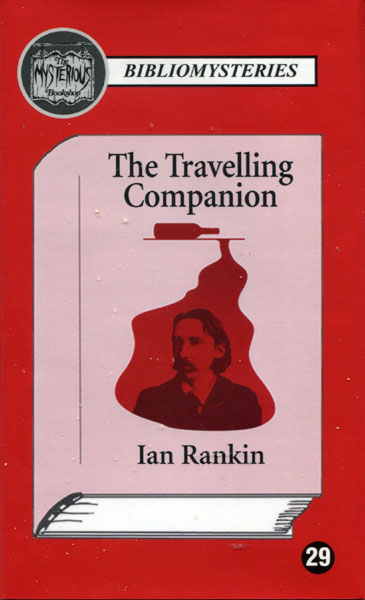 First edition. Limited edition of 100 copies issued in cloth, numbered and signed by the author. Fine in dust jacket. "For recent college graduate Ronald Hastie, a job at the legendary Shakespeare and Company bookshop offers the perfect occupation during a summer abroad in Paris. Working part-time in exchange for room and board leaves plenty of freedom to explore the city once visited by his literary hero, Robert Louis Stevenson, and things only get better when he meets a collector who claims to have the original manuscripts of both the first draft of Dr. Jekyll and Mr. Hyde and the never-published The Travelling Companion (both thought to have been destroyed). Then Ron meets the man’s mysterious assistant, and a reckless obsession stirs inside him. As the life he knew back home in Scotland fades from memory, he desperately seeks the secret lying within Stevenson’s long-lost pages…" Book 29 in the Bibliomystery series published by The Mysterious Bookshop.