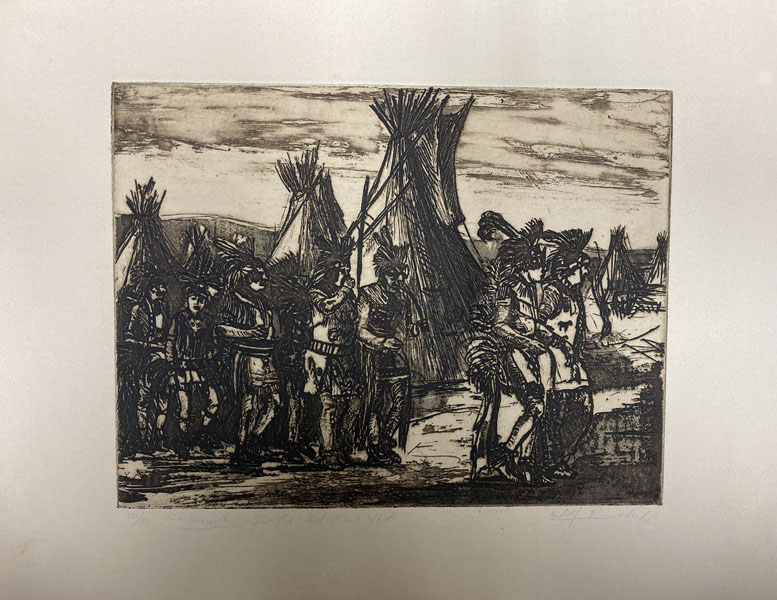 Image size is 9" x 11 3/4" overall size is 15" x 22." Image is of Indians in a ceremonial dance with tepees in the background. Wolfgang Pogzeba, an abstract-realist painter, sculptor, printmaker, and photographer of the West, was born in Munich, Germany in 1936. He came to the United States and obtained his bachelor's degree and served in the U.S. Airforce. For a time he lived in Taos, New Mexico and while there he exhibited in several one-person shows. He has since gone on to other artistic ventures including painting, sculpturing, and photography. He is a versatile artist and has many prominent collectors as his fans. Lithograph is signed, numbered and dated by the artist. This item is limited to 199 copies. Fine copy suitable for framing.