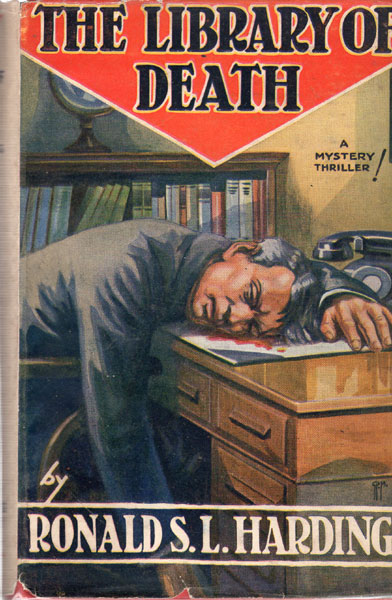 The Library Of Death

First edition. Pseudonym of Vivian Stanley Lowne Harding. An exceptionally fine copy of this cheaply made book in a bright pictorial dust jacket with shallow chipping to the foot of spine, minor wear to the head of spine and the corners, and a few tiny nicks to the extremities. After being threatened by his young ward and her fiance, the despicable Sir Charles Dorsay is found murdered in his library, his hand resting on an old volume bound in pigskin. History showed that a previous resident of the grand old manor locked himself in the same library for ten years after being released from prison, and there is much talk of an important manuscript. This is a scarce book in any condition, but rare in collector's condition.

Mcallister And His Double
by Arthur Train

No Pockets In A Shroud
by Horace Mccoy

A Catskill Eagle.
by Robert B. Parker