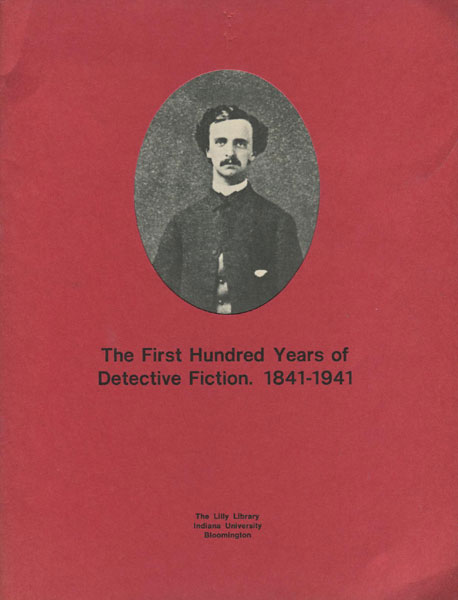 The First Hundred Years Of Detective Fiction. 1841-1941. By One Hundred Authors On The Hundred Thirtieth Anniversary Of The First Publication In Bookform Of Edgar Allan Poe's "The Murders In The Rue Morgue" Philadelphia,1843.

David A. Randall [Foreword By]

First edition. Printed in an edition of 1500 copies. Quarto. Red printed wrappers, 64 pp., foreword, authorities quoted, numerous book illustrations, alphabetical index of authors, alphabetical index of detectives. An exhibition held at The Lilly Library, Indiana University, Bloomington, July - September, 1973. The exhibition featured the works of Edgar Allan Poe, Sherlock Holmes, Gaboriau to Simenon - France, England to 1914, England since 1914, America to 1920, and America since 1920. An informative and well-presented booklet that is near fine in stapled wrappers.

The Eleven Of Diamonds.
by Baynard H. Kendrick

In Pursuit Of The Golden Dream, Reminiscences Of …
by Howard C. Gardiner

Jim Thompson: The Killers Inside Him.
by Max Allan And Ed Gorman. Collins

Tip On A Dead Jockey And Other Stories
by Irwin Shaw