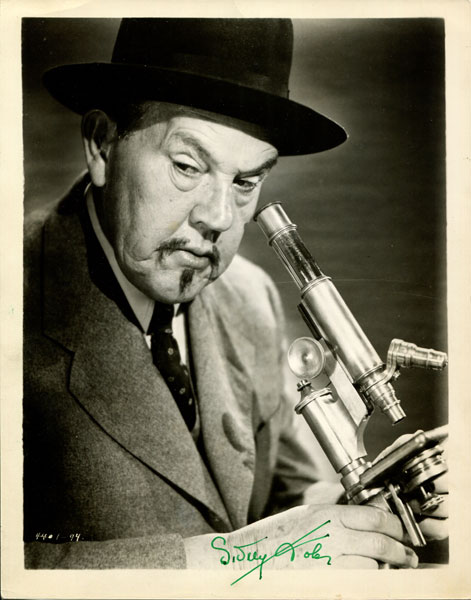 8" x 10" original black & white signed promotional photograph portrait of actor Sidney Toler dressed in character as detective Charlie Chan. The photograph was taken sometime in the 1940s. In the photograph Charlie Chan is handling a microscope while glancing to his right in an inquisitive manner. Sidney Toler (1874-1947) began his acting career on the stage before moving on to early talking films. In 1938, after the death of Warner Oland, who up until that time had been the "face" of Charlie Chan, Toler took over the role until the end of his career in 1947. Sydney Toler was the second actor to portray Charlie Chan and did so from 1938 until 1947, the year of his death. Fine copy and an uncommon signature.

The Last Detective.
by Peter. Lovesey