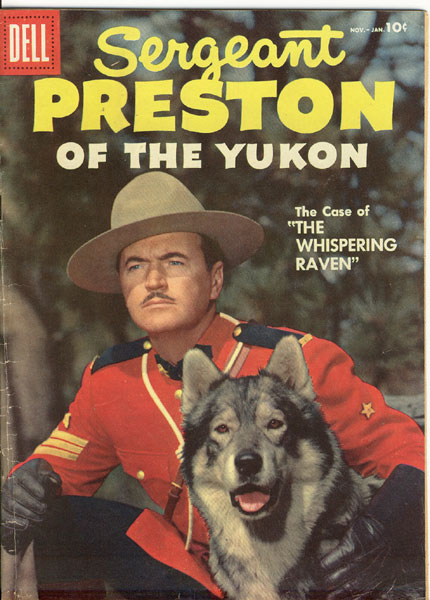 
First edition. Colored pictorial wrappers, 7 1/4" x 10 1/4" comic book, 36 pp., illustrated. Photo cover of Sergeant Preston [as played by Dick Simmons]. Article on the freezing cold permafrost in the Arctic. The Whispering Raven; Preston is on the trail of two Express robbers, when he comes across the pet raven of Pop Diston; it whispers "trouble," and Preston and his team set out to learn what the trouble is. The Bush Tramp; Preston is following the thieving bush tramp from cabin to cabin, and by taking a short cut to the next one, he gets his man. Gray Wolf Leader of the Wolf Pack story. The Burned Cabin; Two brothers in a brawl over the division of their late father's property; it is more worth than they imagine, and they have to fight crooks instead of each other. Eskimo Table Manners article. Scripts by Gaylord Du Bois, art by Alberto Giolitti. Cover price 10 cents. Fine copy.

La Posta, From The Founding Of Mesilla To ...
by David G Thomas

Wanderer Of The Wasteland
by Zane Grey

We Can See You
by Simon Kernick