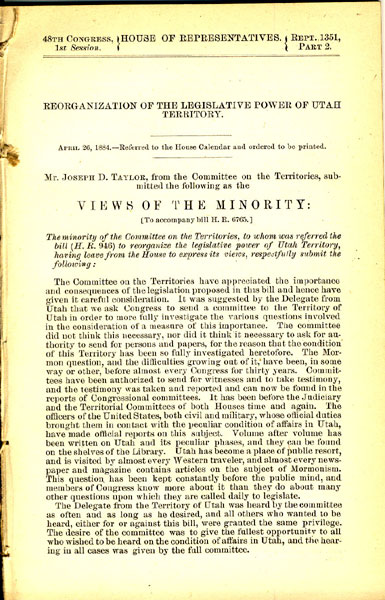 Reorganization Of The Legislative Power Of Utah Territory. April 26, 1884. Referred To The House Calendar And Ordered To Be Printed. Mr. Joseph D. Taylor, From The Committee On The Territories, Submitted The Following As The Views Of The Minority: [To Accompany Bill H.R. 6765]

The Discovery Of Nebraska. Read Before The Nebraska …
by James W. Savage

Official Souvenir. 31st National Encampment G. A. R., …
by The Grand Army Of The Republic