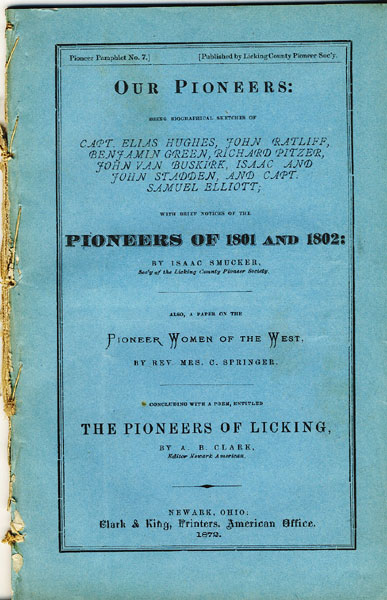 Our Pioneers: Being Biographical Sketches Of Capt. Elias Hughes, John Ratliff, Benjamin Green, Richard Pitzer, John Van Buskirk, Isaac And John Stadden, And Cap. Samuel Elliott; With Brief Notices Of The Pioneers Of 1801 And 1802: ....Also, A Paper On The Pioneer Women Of The West, By Rev. Mrs. C. Springer. Concluding With A Poem, Entitled The Pioneers Of Licking, By A. B. Clark, Esq., Editor Newark American.