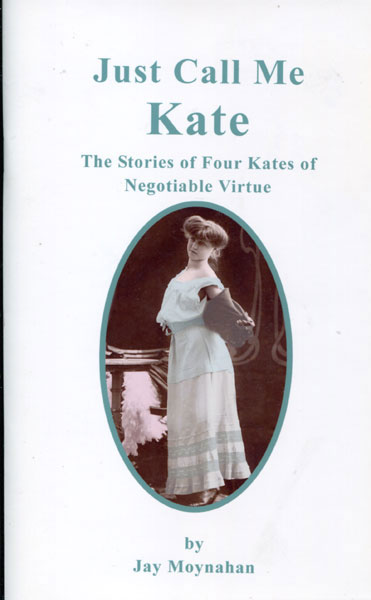 Just Call Me Kate. The Stories Of Four Kates Of Negotiable Virtue

First edition, second printing. 8vo. Signed by the author. Stiff pictorial wrappers, 71 pp., acknowledgments, introduction, illustrated, bibliography. Illustrated from photographs. This book reveals the fascinating lives of four prostitutes who practiced their trade between the 1880s and the first part of the 20th century. Kate Barrett was an Irish prostitute who settled in Spokane and eventually burned the town down. Kate Elder rode with the Earps and was Doc Holliday’s paramour. In her 80s she told tales about her wild adventures. Kate Dulaney plied her trade in Alaska and fell in love with a man half her age. He became a minor celebrity while she disappeared into obscurity. Cattle Kate’s fame was established when she became the first woman hanged in Wyoming territory. As new.

19th Century Women On The Frontier
by Various Authors