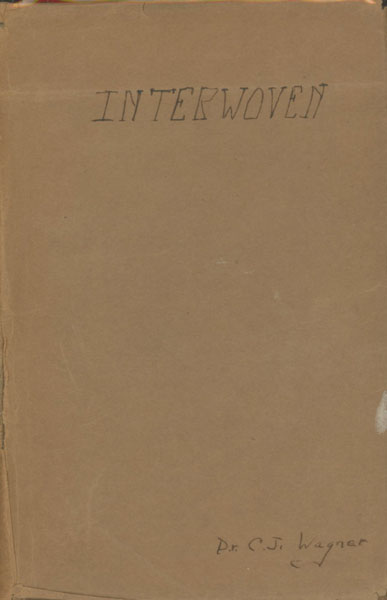 Other works by SALLIE REYNOLDS MATTHEWS

First edition. Original tan cloth, xi [blank], 234 pp., frontispiece [portrait.]. This is the rare tan binding of which only 100 copies were produced. Inscribed on the front free fly leaf "To Dr. and Mrs. Wagner from Giles and Gussie (Reynolds) Connell 1936." Below the inscription is "Glenn and Gustie parents of Gussie Reynolds Connell." Inked name of C. J. Wagner, Lubbock, Tex., 1936 at top of front pastedown sheet. The story of the author's earliest experiences growing up near the banks of the Clear Fork of the Brazos River and the details of everyday pioneer life on the Lambshead range of northwest Texas in the heyday of ranching. Mathews' story describes a time of Indian raids, treacherous weather, scarce resources and epidemics; buffalo hunts, cattle drives, sewing parties, revivals, harvests and family gatherings. It was a serious life filled with adventure and opportunity as well as danger and disaster. A Texas classic and one of the most sought after 20th Century Texas books. Greene's Fifty Best Books On Texas 12, says, "Tells more about daily life on the frontier than any other comparable narrative.....a good history of a large part of the cattle frontier from the 1860's to modern times...." Six Score 78 "....... and this book gives one of the best portraits of ranch life from a woman's point of view." The Lambshead Ranch is located in the Albany area of Northwest Texas. Front binding beginning to loosen else a near fine, bright, clean copy of a rare book.

Wyatt Earp. The Life Behind The Legend.
CASEY TEFERTILLER