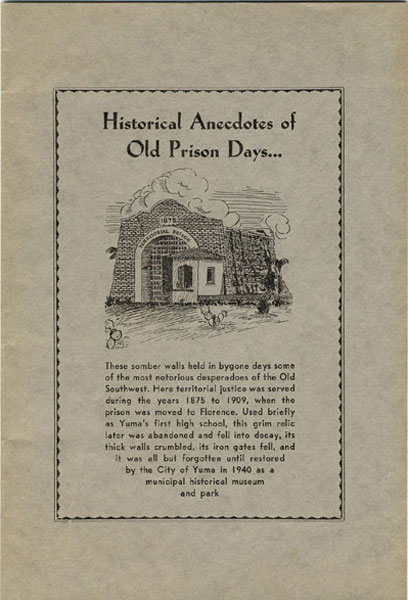 First edition. 8vo. Original gray pictorial wrappers, n.p. (18 pp.), foreword, illustrated. A number of contributors provide stories about Yuma's Prison, that provided territorial justice for some of the notorious desperadoes of the old Southwest. The prison opened in 1875 and closed in 1909 when the prison was moved to Florence. The prison fell into dis-repair and was all but forgotten until restored by the city of Yuma in 1940 as a municipal hitorical museum and park. Six Guns 72 says "Has some material on various Arizona outlaws who were imprisoned at Yuma." Fine copy.

Hands Up! The History Of A Crime.
by Al. Sorenson

St. Louis Through A Camera
by James Cox