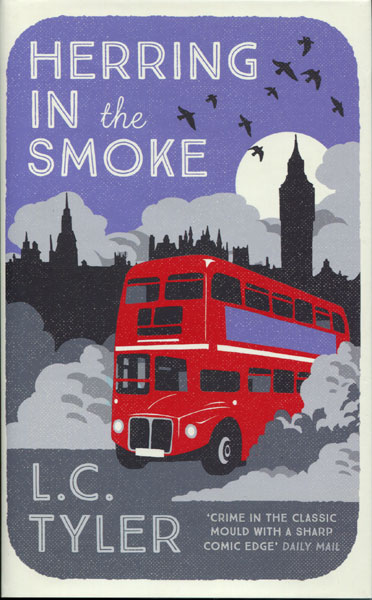 Herring In The Smoke

First edition. Signed, lined and dated by the author. Fine in fine dust jacket. Twenty years ago Roger Norton Vane and his partner Tim MacDonald went for a walk in the Thai jungle. Roger never returned. After years of wild speculation and fruitless searches, his death is to be made official and somebody will inherit his accumulated wealth. At his memorial service, a man interrupts proceedings, claiming to be Vane. The man moves back into his old flat, evicting Tim MacDonald, and then sets about proving his right to Vane’s money. Crime writer Ethelred Tressider is as surprised as anyone. He has been commissioned to write a biography of Vane and finds the man full of libelous anecdotes. It soon becomes clear that many people wish Vane had stayed dead and that his anecdotes had died with him.

People Who Knock On The Door.
by Patricia. Highsmith

The Verdict
by Nick Stone

Fade To Grey.
by Jane. Adams