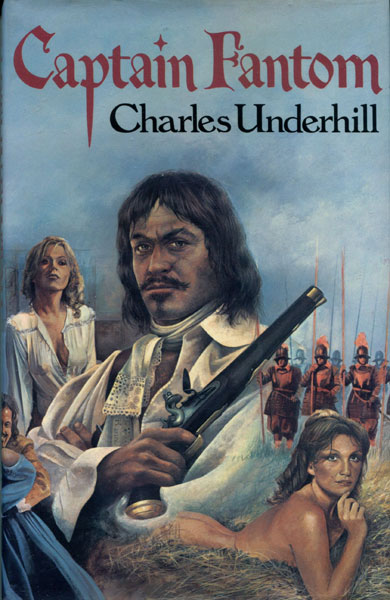 Captain Fantom - Being An Account Of Sundry Adventures In The Life Of Carlo Fantom Soldier Of Misfortune, Hard-Man And Ravisher.

First edition. First of two books in this series that use this pseudonym. Fine bright copy in dust jacket. From John Aubrey's "Brief Lives," Underhill creates a story of the life and adventures of Captain Fantom --- a hard-headed soldier who performed his duties with skill and courage. After the Thirty Years War, Fantom retires to England and forms the Fantom troop, a group of men chosen for their military prowess. They fight first for the Parliament and then for the King. He was know to be a lady's man , a hard-man, and a man with skin impervious to shot.

The Blood Pit.
by Kate. Ellis