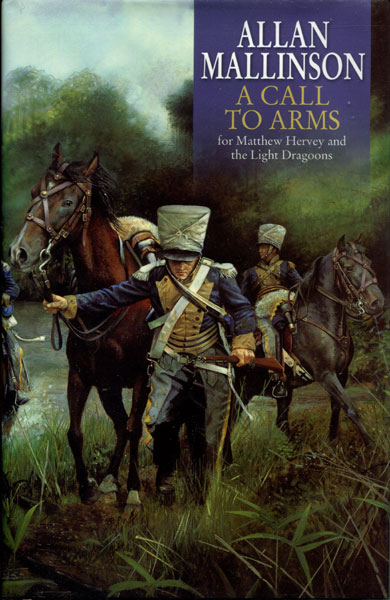 "A Close Run Thing" And His Next Nine Volumes In The Matthew Hervey Series.

First editions. Author's first ten novels in the Matthew Hervey series. Each volume in as new, unread condition in as new dust jacket. Each of the ten novels is signed by the author. This run chronicles the life of Matthew Hervey, an officer serving in he British 6th Light Dragoons from the late Napoleonic Wars through subsequent colonial conflicts in India, North America, and south Africa. In the first volume, as war rages across Europe, Bonaparte is sent to Elba and hopes rise for peace. After a brief visit back home, Hervey is sent to join his regiment in Cork, where tensions are rising between Irish tenants and their English landlords. When Napoleon escapes his island prison and returns to make war in France, Cornet Hervey and the 6th Light Dragoons are sent to join Wellington's forces for the final battle at Waterloo. A handsome, unread set.

Where The Money Is.
IVAN G. GOLDMAN